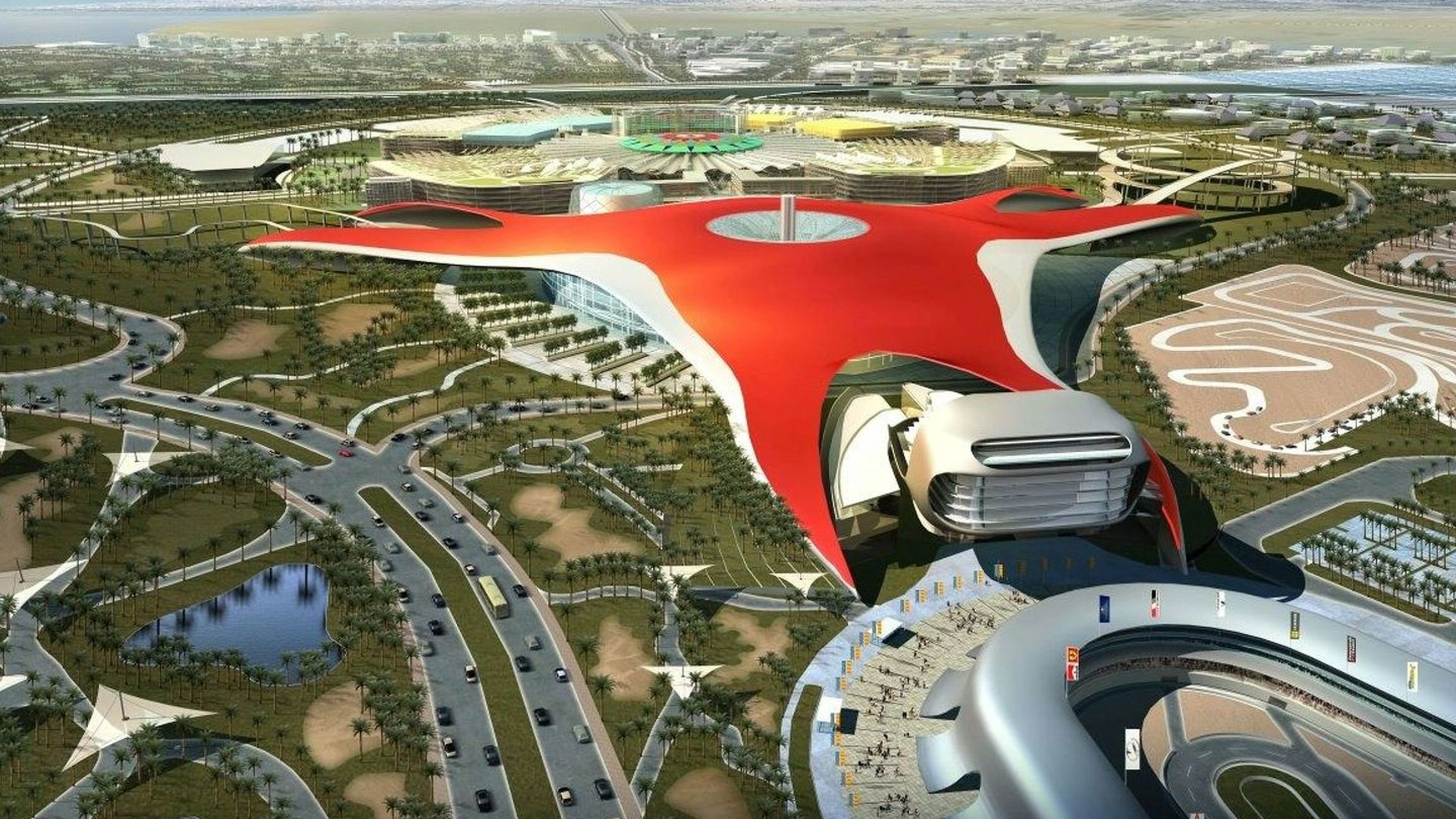 Amusement and theme parks are the same with hardly any difference. Well, park lovers will argue. Both are built for outdoor amusement and entertainment for all age groups. The only obvious difference between the two being that Theme parks are built around particular and specific themes. The differences are subtle.

The common rides found at amusement parks—roller coasters, flat rides, carousels, dark rides, and the like of it are used in theme parks to tell stories. Theme parks give off the vibe that rather than just mechanical rides, a story is told and an experience sold.

The first Ferrari world theme park is located on Yas Island in Abu Dhabi, United Arab Emirates. It is a mostly indoor amusement park and has the record for the largest space structure ever built. It was officially opened to the public on 4th of November, 2010. Ferrari World Abu Dhabi covers an area of 86,000 square metres. At the World Travel Awards 2015 and 2016, Ferrari World, Abu Dhabi was named the “Middle East’s Leading Tourist Attraction”.  In 2017 and 2018, Ferrari World Abu Dhabi was named as the “Middle East’s Leading Theme Park” at the World Travel Awards, as well as the Middle East’s Best Theme Park by the Middle East and North Africa Leisure and Attraction Council (MENALAC) for 2018, in addition to receiving the Trip Advisor Certificate of Excellence in 2017. For Ferrari lovers, the Ferrari world park is the gospel, housing Formula Rossa, the fastest rollercoaster in the world, turbo track, mission Ferrari, the park is a dream come true. With its range of thrill rides, family and children rides and a variety of shows, Ferrari world is nothing short of an awesome experience.

In relation to theme parks however, the UK is put of its league. Of course, there’s Cadbury, Peppa pig, Lego and a variety of other theme parks, but in comparison to vast Disney World, Universal Parks cooperate wonderland overseas, it’s still a bit quaint. But, after £3.2 billion and by 2024 we will have our very own version of Disneyland, right here in the UK. Yay? Definitely. Set over 535 acres, bringing a 2,000 seat theatre and over 50 rides arranged into ‘zones’, each of which sounds like a superhero feature film (Adventure Isle, Land of Legends, Action Square, etc), it promises fun and more fun. It will boast Europe’s largest water park (all indoor, to insure against the Great British weather) and an on-site hotel with 3,500 rooms.

Other UK attraction include but are not limited to; the natural history museum, Burkingham Palace, Coca-Cola London eye, Sea life London and London dungeon. Whether as a London resident, or a visitor, London has an array of picture postcard sites. With places to visit mainly for Kids, families and friends, and even as a lone ranger, the adventure never ends.

The question then begs on how to get access to these places at relatively affordable prices without letting go of comfort. Attraction tickets gives access to these attraction places tickets and theme park tickets all over the world at fantastic prices. Looking for no hassle and great price, they are your best bet. The reviews sells themself out. So, looking for where to get tickets at cheaper rates for the same great experience, AttractionTix is your go-to.