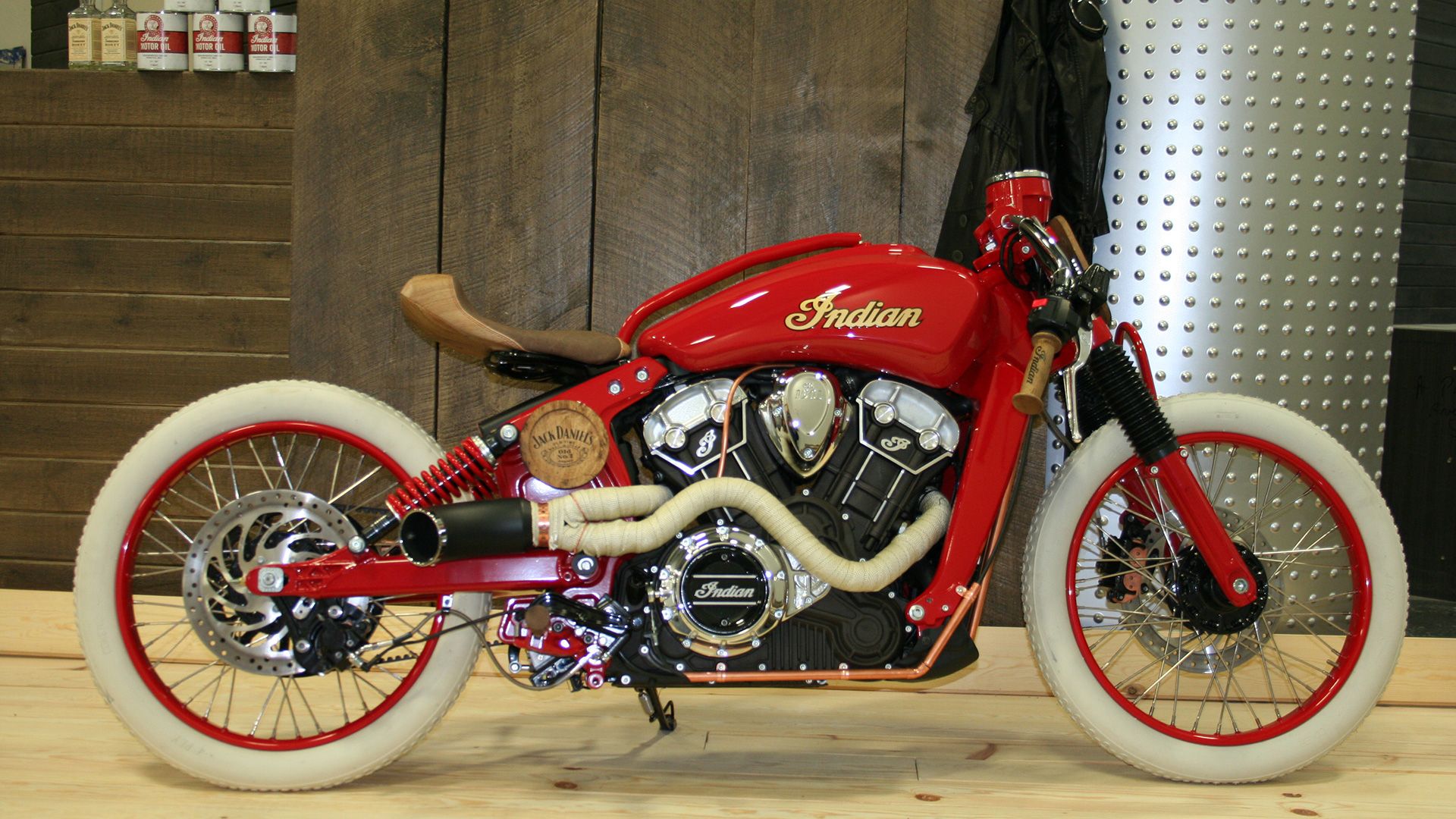 In 1909 German Organic chemist Frits Hofmann discovered Synthetic rubber for motorcycle tires. Natural rubber has great mechanical performance at constant temperatures but is thermally unstable, or in other words, as the temperature in the tire increases, its performance decreases fast.

So adding synthetic rubber made the tires a lot more thermally stable. The cross ply, or bias ply construction of the tires were severely flawed by the fact that as the sidewalls flexed, they generated loads of heat.

This would be solved by US inventor Arthur W. Savage in 1915 for car tires, by having the cord plies arranged at 90 degrees to the direction of travel, or radially (from the center of the tire).

Michelin would commercialize the idea for car tires in 1946, but radial motorcycle tires were not implemented until 1983. Thus highly limiting motorcycle tires up until that time, by the fact that hard rubber had to be used as to not overheat the tires.

Bias-ply is still used for some motorcycle tires to this very day, with the advantage of being able to carry heavier load, and thus used for touring motorcycles and Harley-Davidsons. In Grand Prix racing it would take until 1985, for Freddie Spencer to win the championship on radial motorcycles tires, proving their superiority to bias-ply in racing.

Since then all motorcycle racing tires and most road tires are made from a radial construction. More innovation in tire technology came in the 1990s, with the addition of silica and silane. Tire engineers had been experimenting with using Silica as a filler in tire rubber since the 1970s, as a way to reduce rolling resistance and get more mileage.

Only adding silica did indeed reduce the rolling resistance but also lowered the grip, which wasn’t very advantageous for racing. Adding a substance called silane together with silica was the magic trick that was needed. The addition of silane and silica had miraculous effects on motorcycle tires, because it lowered the rolling resistance, enhanced grip, while keeping wear constant.

You could call this magical, because it went against the inevitable trade-offs that tire engineers previously had to work with, balancing grip, rolling resistance and treadwear against each other, previously called the “magic triangle”.

In MotoGP racing, different compounds are even used on the left and right side of the tire, adapted to the track and rider needs. This and much more is going to be a part of the documentary that I am producing on the full history of motorcycle racing.